9. Dissidents in American Politics:
The Prospect of a Revolution and Tyranny
led by American Mythical Reactionaries

"Dissidents" are people who actively challenge established doctrine, policy, or institutions. This post is the ninth in a series of 10 posts regarding the confusing "revolutions" of the 2016 Presidential Election.


Historically when either a populist or a reactionary movement actually becomes a disruptive, forceful revolution, tyranny results.

In the case of a tyranny by revolutionary Romantic Populists, effectively you have a true socialist revolution where private property is confiscated by the government - taken from Shareholder Capitalists and everyone else.

This occurred in Russia and China in the 20th Century. The United States under The New Deal effectively avoided this by heavily taxing Shareholder Capitalists at a time when such a revolution was feared in the United States.

Ultimately the Russian Revolution was abandoned (the Wall was torn down) though an authoritarian regime replaced the Communist government. The Chinese Revolution has continued though in terms of economics it has evolved.

In the case of a tyranny by revolutionary Mythical Reactionaries, the government establishes laws making illegal any behavior or activity that deviates from an acceptable norm including making it illegal to use private wealth to further deviation from the acceptable activity norms.

This occurred in Italy and Germany in the 20th Century, and has been in put into effect in many countries by religious movements controlling the government. These tyrannies frequently end in warfare, either in an international war or civil war.

Somehow, the American Revolution in the 18th Century avoided the negative results of the French Revolution. That may have been because forerunners of modern Shareholder Capitalists and Academic Oligarchists managed to maintain control.

A careful reading of the American Constitution, without any of its amendments, pretty much tells us that it was written to extensively protect private property ownership (including patents as United States patent law is authorized by the U.S. Constitution, Article One, section 8, clause 8) and trade (the Commerce Clause), while assuring the propertied, educated elite control of the Presidency, the Senate, and the Supreme Court, none of which were to be directly elected by the people.

The Brexit vote offers a warning to both the Academic Oligarchists and Shareholder Capitalists everywhere. That vote was not necessary nor normal in the United Kingdom. The Academic Oligarchists found themselves in a dispute even among themselves because of European Union policies. Prime Minister David Cameron and others decided to hold that vote in order to protect their positions in government.

As a first reaction to that vote, Cameron resigned and many Shareholder Capitalists are contemplating having some of their business operations leave the United Kingdom. Apparently the "Leave" campaign worked.

Which brings us to Donald Trump, ostensibly a Shareholder Capitalist, but one who clearly has maintained his position using, as explained by Wikipedia, the talents of an effective con man:

This year some have already noted that there is a fine line, if one exists at all, between being an effective con man and being effective at seeking an elective office in our government in the 21st Century.  It's a problem that could not have existed prior to the 1970's, after which the voters managed to get control of selecting the Presidential nominees.

The problem for the electorate is if Trump becomes President, can he be trusted to act on behalf of the "common good" as we would expect an Academic Oligarchist to do? Do we even know beyond the words used in his "con" what he thinks is the "common good."

We do know that as a Shareholder Capitalist using confidence tricks he has had no problem not delivering promised goods and benefits while taking people's money and services for purposes of corporate profit.

What we do know is that many American Mythical Reactionaries and Romantic Populists intend to vote for Trump to express their frustration with the failure during the last 30 years of Academic Oligarchists to secure what is broadly believed in the United States is the "common good."

The difficulty for Hillary Clinton as the representative of the Academic Oligarchists is those Mythical Reactionaries and Romantic Populists are correct. They are correct simply because the Oligarchists have succumbed to the arguments by the dominant Shareholder Capitalists that the internationalization of the economy has improved the world in terms of the "common good" as defined by The Universal Declaration of Human Rights.

Objectively this is true as envisioned by Eleanor Roosevelt - the first chairwoman of the Commission on Human Rights that drafted the Declaration. She stated that it "may well become the international Magna Carta of all men everywhere." In a very real sense, this means that over a period of time the goal of mankind is to eliminate this... 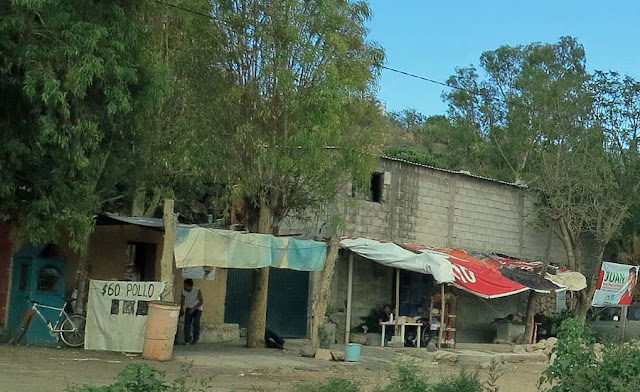 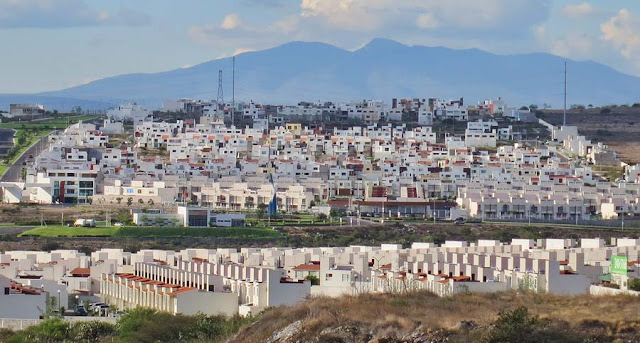 ...as explained in this blog post The New Middle Class of Mexico.

In the case of the blogger who at the time was an American working in Mexico, the company he was working for was Bombardier Inc., a Canadian company that began as a maker of snow machines/snowmobiles.

Over the years it has grown into a large manufacturer of regional airliners, business jets, mass transportation equipment, recreational equipment and a provider of financial services. Bombardier is a Fortune Global 500 conglomerate company. As they describe themselves on their own website:


As the world’s leading manufacturer of both planes and trains, we’ve built an extensive and diverse portfolio of winning mobility solutions. ...From category-defining business jets and commercial aircraft designed for the challenges of today, to sleek high speed trains and public transit that’s smarter than ever.
...The most important success factor is our employees, all 70,900 of them.
...Bombardier is headquartered in Montréal, Canada. ...In the fiscal year ended December 31, 2015, we posted revenues of $18.2 billion.

The company has operations not only in the Americas, but Europe, Asia, the  Middle East, and Africa. But it is Canadian. Among its products it does manufacture and sell LearJets. So when a headline like this appeared in the Canadian press Bombardier to cut 1,000 aerospace jobs in Mexico, Kansas because of the negativity of the political debate this year about he North American Free Trade Agreement (NAFTA) it gives us a sense of the absolute ignorance of the American electorate when it comes to the economy over the past 30 years:


Bombardier says it's going to cut about 1,000 employees from its Learjet business in 2015, affecting sites in Mexico and the United States.
The Montreal-based aerospace company says the cuts are due to weak demand for the Learjet 85 business jet.
Bombardier says its operations in Wichita, Kansas and Queretaro, Mexico remain important to the company for both the Learjet and other types of aircraft that it makes.
The Wichita operation does final assembly for Learjet 70 and Learjet 75 aircraft and has a flight test centre and service centre.
The Queretaro operation makes a major component for the Global 7000 and 8000 business jets.
Bombardier is also doing final tests on the CSeries jets, a new generation of Bombardier aircraft for commercial airlines.

In 1990 Bombardier Aerospace purchased the Learjet Corporation. It's an international corporation important to Wichita, Kansas, aka Middle America. In June 2016 The Wichita Eagle offered this story of interest Despite Learjet woes, lots of activity at Bombardier Wichita and in July 2016 The Wichita Business Journal offered an article Bombardier’s C Series reaches the finish line which told us "Swiss International Air Lines on Friday took the first batch of paying customers on the C Series as the jet entered service on flight between Zurich and Paris."

Bombardier employs about 1,625 people in Wichita. But it's also big in the Mexican state of Querétero which has become a hub for aerospace innovation, a sector which contributed 47% of foreign direct investment into Mexico, and that is led by companies like Airbus, the European multinational aerospace and defense corporation, and Canada's Bombardier.

In 2005, while the U.S. Congress at the behest of the ignorant American electorate was cutting taxes and Kansas, in terms of fiscal policy, was on its way to becoming the most backward state in the nation at the behest of its ignorant electorate, in Querétaro Mexico’s first and only aerospace university, the Universidad Aeronáutica en Querétaro (UNAQ), was created as the biggest attraction the Mexican national and state government taxpayers used to lure Bombardier Aerospace to Mexico. They did it by providing funds to educate and train young workers.

Mexico, despite its faults, was a nation working to improve the lot of its people. It was seeking the "common good" as defined by The Universal Declaration of Human Rights.

The "take away" here is that the term "common" does not mean Americans only, but includes everyone in the world. That must involve a standardization of what it means for most people in the world, including Americans, to be "not poor" in the face of limited resources, a population rapidly expanding to 7 billion, and an environment that is becoming less favorable to modern humans.

The American 2016 revolt says:  "Whoa, American Academic Oligarchists, you're moving way to fast on this internationalization of the term 'common' as used in 'common good' and you need to establish governmental policies that mitigate the impacts on average Americans."  Or maybe they are literally saying "build a big wall" and cancel NAFTA.

What the dissidents don't want is to read about Bombadier and puzzle about the complexities of 21st Century trade. They want free tuition and to make American great again.

In reality, the prospect of Donald Trump bringing a revolution as leader of the Mythical Reactionary dissidents seems real. And as we've seen, Presidents have no trouble becoming authoritarian.

Did we see this coming? In the final post on this subject, let's take a look back at the warnings.

Originally Posted in the Redwood Guardian
at January 01, 2017