In the last post we reported that The Neoliberals met last weekend to create a strategy to stop the Democrats in November. But that wasn't the intended focus of that seminar.


Changing the education system as we know it was a central focus of a three-day donor seminar that wrapped up late last night at a resort here in the desert outside Palm Springs.
“We’ve made more progress in the last five years than I had in the last 50,” Koch told donors during a cocktail reception. “The capabilities we have now can take us to a whole new level. … We want to increase the effectiveness of the network … by an order of magnitude. If we do that, we can change the trajectory of the country.”
Leaders of the network dreamed of disrupting the status quo, customizing learning and breaking the teacher unions. One initial priority is expanding educational saving accounts and developing technologies that would let parents pick and choose private classes or tutors for their kids the same way people shop on Amazon. They envision making it easy for families to join together to start their own “micro-schools” as a new alternative to the public system.
“The lowest hanging fruit for policy change in the United States today is K-12,” said Stacy Hock, a major Koch donor who has co-founded a group called Texans for Educational Opportunity. “I think this is the area that is most glaringly obvious.”
Tim Phillips, the president of Americans for Prosperity, highlighted field operations that the network has built in 36 states to advance its agenda, including on education. “We have more grass-roots members in Wisconsin than the Wisconsin teachers’ union has members,” he said. “That’s how you change a state!”
“We all need to be fully committed to a society in which everyone has an opportunity to make a better life for themselves,” Charles Koch said. “To succeed, each of us has to be all-in. What I mean by that is that we have to make these kinds of efforts a central part of our lives. You don’t need to be as obsessed as I am … although that wouldn’t hurt … but you can’t just make it a sideline.”

In 1980 David Koch became the Vice-Presidential candidate for the Libertarian Party. Included in the Party platform were these two provisions:
Today, 38 years later, the Koch Brothers are older and, having learned many lessons about our system of government and politics, they are much wiser. One of those lessons is that it is much cheaper and easier to forge new elements within each of the taxpayer supported state public school systems to support the Neoliberal objectives for the American economy as can be seen here: 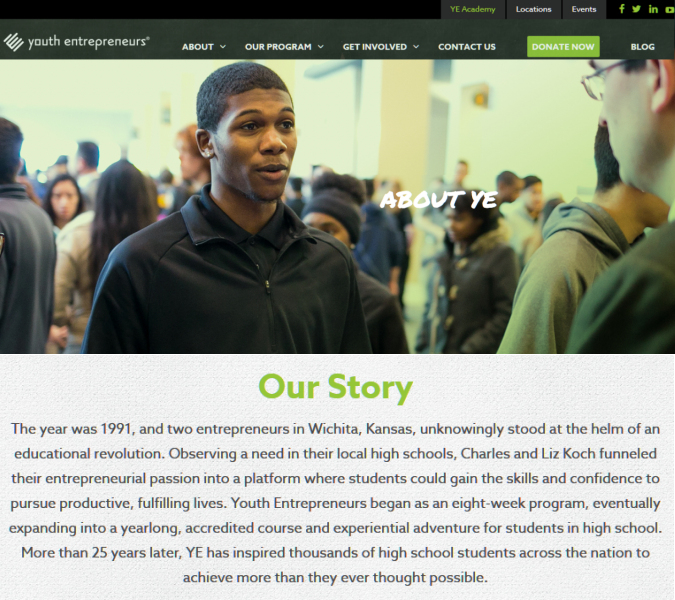 For a deeper look at this, read Koch High: How The Koch Brothers Are Buying Their Way Into The Minds Of Public School Students.

And consistent with their willingness to use bigotry as residents of one school district learned in 2009, they will do what is necessary to take control of our local schools:


In 2011 they founded The LIBRE Initiative® specifically to make inroads into the Hispanic community offering dreams to the Dreamers:

For a deeper look at this, read How the Kochs are trying to shake up public schools, one state at a time.

If you watched the video above, what should hit you in the face is the absolute "deer in the headlights" images projected by folks who have a Progressive outlook but who, like 95% of Americans, obviously have ignored politics except in fun Presidential elections.

As the two losing school board candidates project, Progressives have left the real politics to the politicians - elections of local and state government officials are boring hard work. As the kids in the video probably did not learn but should have, marching is fun but it is mostly a waste of time (as is millionaire stars dressing up to promote a change on a single social issue).

What some of us old Americans remember is that even at the national level, it wasn't the civil rights marches that finally delivered the 1964 Civil Rights Bill, it was Lyndon Johnson, a Progressive politician with a moral compass who was not afraid of the drudgery of hard work over an extended period of time. Sure, the marches brought the civil rights issue to the forefront. But without the Progressive politicians holding office at the time, the Civil Rights Bill would not have happened.

Today we need a 24/7/365 network of organizations in every state dedicated not to some hot-button issue or identity-politics-group-betterment issue, but to promoting as public policy in every city and county in every state the core of the Progressive Pacific Message.

Without it, the goal of assuring equitable communities which permit every person the opportunity to pursue personal productive goals within an atmosphere of equality in personal dignity and human rights will remain on the back burner of America.
at January 30, 2018